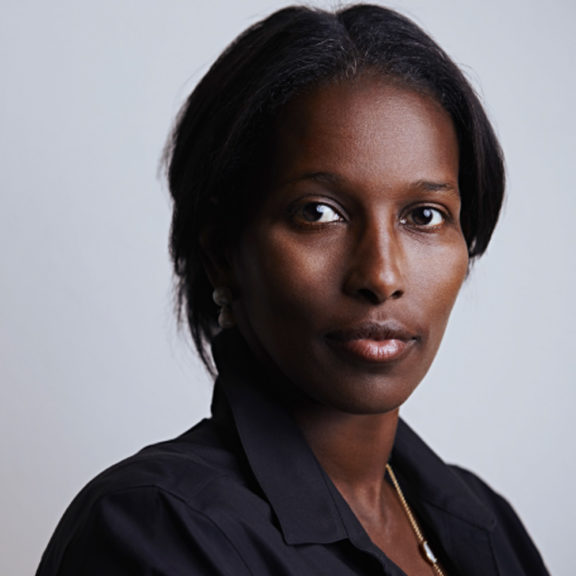 Ayaan is a Somali-born classical liberal. A free speech advocate. An activist for the rights of women and girls. A public intellectual with a powerful voice. A woman that does not back down when she sees a problem.

Previously a Member of the Dutch Parliament (2003-2006), she regularly called for furthering the integration of non-Western immigrants into Dutch society, and defending the rights of Muslim women.

Now, a Research Fellow at the Hoover Institution, Stanford University and Founder of the AHA Foundation, she regularly comments on today's issues and offers a platform to exchange perspectives that lead to real solutions.

Her podcast, The Ayaan Hirsi Ali Podcast, launched in 2021.