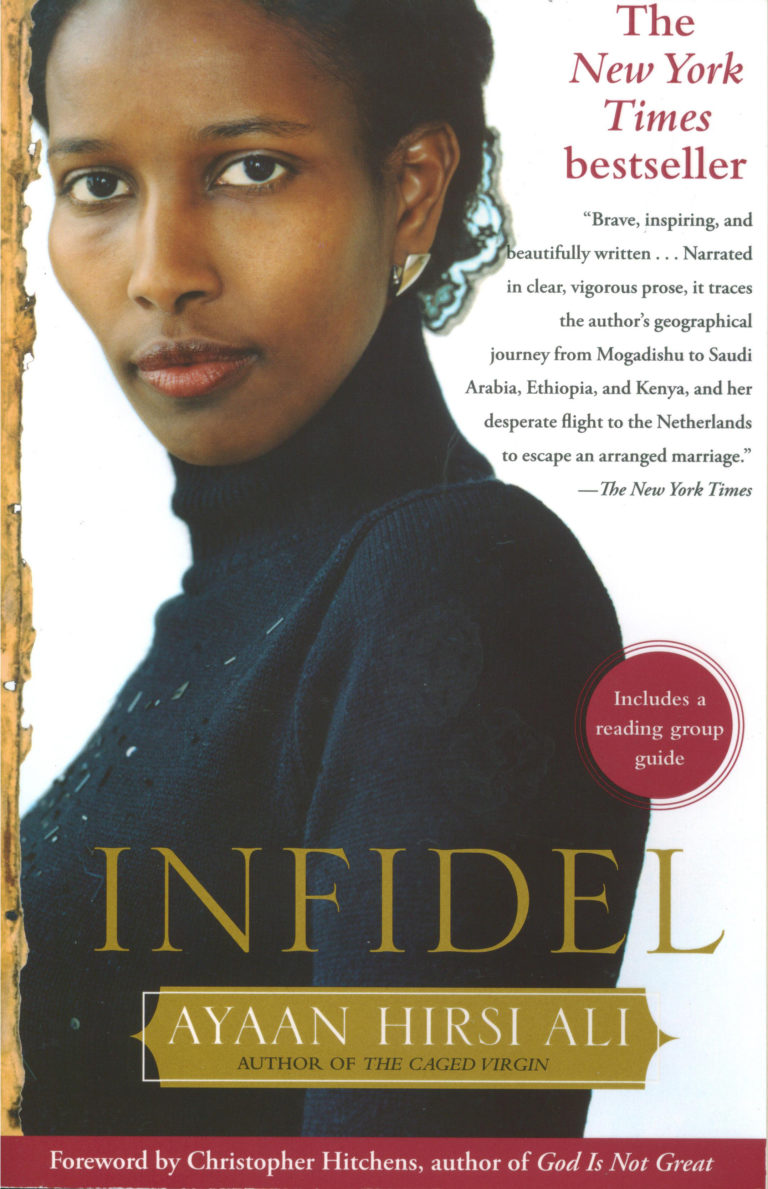 Infidel shows the coming of age of this distinguished political superstar and champion of free speech as well as the development of her beliefs, iron will, and extraordinary determination to fight injustice.

Raised in a Muslim family, Hirsi Ali survived civil war, female mutilation, brutal beatings, adolescence as a devout believer during the rise of the Muslim Brotherhood, and life in four troubled, unstable countries ruled largely by despots. She escaped from a forced marriage and sought asylum in the Netherlands, where she earned a college degree in political science, tried to help her tragically depressed sister adjust to the West, and fought for the rights of Muslim women and the reform of Islam as a member of Parliament.

Under constant threat, demonized by reactionary Islamists and politicians, disowned by her father, and expelled from her family and clan, she refused to be silenced.

Ultimately a celebration of triumph over adversity, Hirsi Ali's story tells how a bright little girl evolves out of dutiful obedience to become an outspoken, pioneering freedom fighter.

"Brave, inspiring, and beautifully written, Narrated in clear, vigorous prose, it traces the author's geographical journey from Mogadishu to Saudi Arabia, Ethiopia, and Kenya, and her desperate flight to the Netherlands to escape an arranged marriage." -The New York Times

"Infidel is a unique book, Ayaan Hirsi Ali is a unique writer, and both deserve to go far." -The Washington Post

"A profoundly moving memoir that celebrates triumph over adversity." -The New Yorker