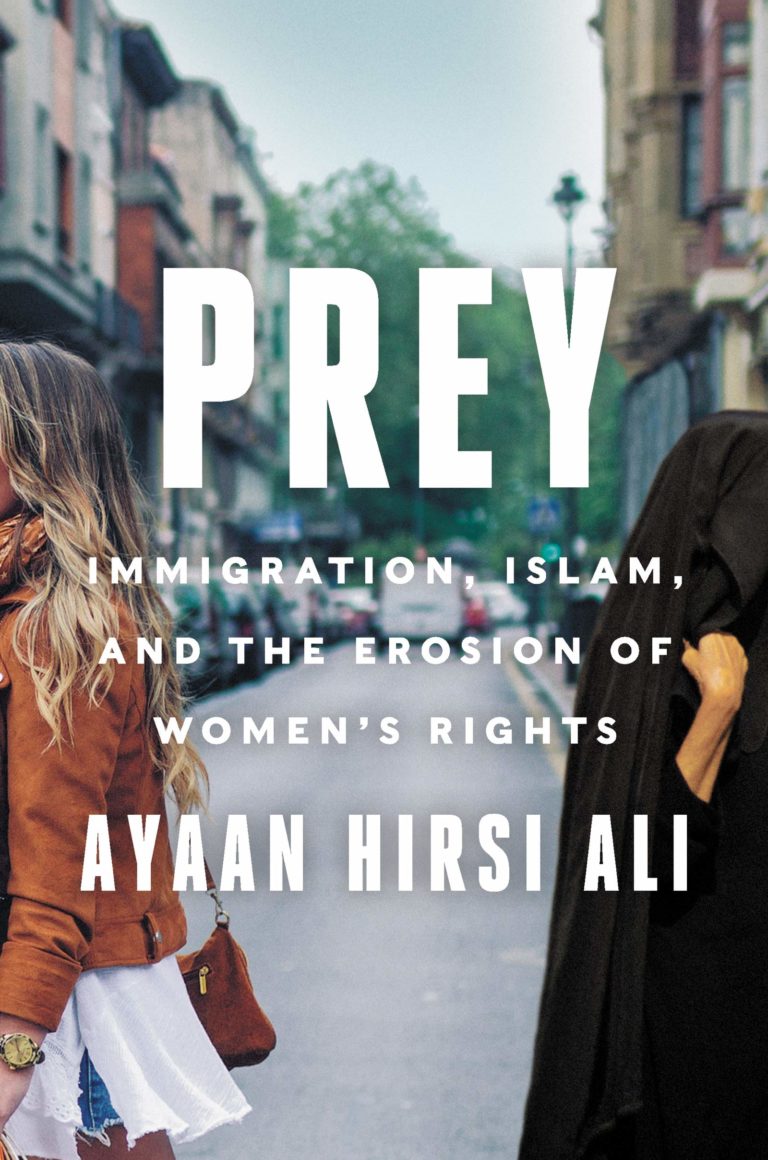 Prey uncovers a sexual assault and harassment crisis in Europe, in the wake of mass migration, that is turning the clock back on women’s rights.

In Prey, Ayaan Hirsi Ali presents startling statistics, criminal cases and personal testimony.  Among these facts: In 2014, sexual violence in Western Europe surged following a period of stability. In 2018 Germany, “offences against sexual self-determination” rose 36 percent from their 2014 rate; nearly two-fifths of the suspects were non-German. In Austria in 2017, asylum-seekers were suspects in 11 percent of all reported rapes and sexual harassment cases, despite making up less than 1 percent of the total population.

This violence isn’t a figment of alt-right propaganda, even if neo-Nazis exaggerate it. It’s a real problem that Europe—and the world—cannot continue to ignore. Ayaan explains why so many young Muslim men who arrive in Europe engage in sexual harassment and violence, tracing the roots of sexual violence in the Muslim world from institutionalized polygamy to the lack of legal and religious protections for women.

A refugee herself, Hirsi Ali is not against immigration. As a child in Somalia, she suffered female genital mutilation; as a young girl in Saudi Arabia, she was made to feel acutely aware of her own vulnerability. Immigration, she argues, requires integration and assimilation. She wants Europeans to reform their broken system—and for Americans to learn from European mistakes. If this doesn’t happen, the calls to exclude new Muslim migrants from Western countries will only grow louder.

Deeply researched and featuring fresh and often shocking revelations, Prey uncovers a sexual assault and harassment crisis in Europe that is turning the clock on women’s rights much further back than the #MeToo movement is advancing it.

“Prey warns us that if we do not rethink our philosophy for protecting women and children, we risk losing one of Western civilization’s most precious asset: the rule of law."
- Henry A. Kissinger

"This book will make uncomfortable reading in liberal circles where the merest suggestion that negative consequences may have resulted from the mass immigration to Western Europe in recent years of young men from patriarchal Islamic societies is anathema. In chastising those who have chosen to turn a blind eye to rising levels of sexual violence against women, as evidenced throughout Prey in stark detail, Ayaan Hirsi Ali speaks with the authority born of her strict Muslim upbringing and the fearlessness for which she is by now renowned. In doing so, she fights for the rights of all girls and women, Muslim and non-Muslim alike, while sounding a warning the West would do well to heed."
- Andrew Norfolk

“Prey is a rigorous and shocking expose of a sexual abuse crisis occurring right in the open, in seemingly progressive Europe. Empathetic and authoritative, Ayaan Hirsi Ali demonstrates why we cannot let political correctness and apathy overwhelm our duty to protect women’s rights.”
- Megyn Kelly